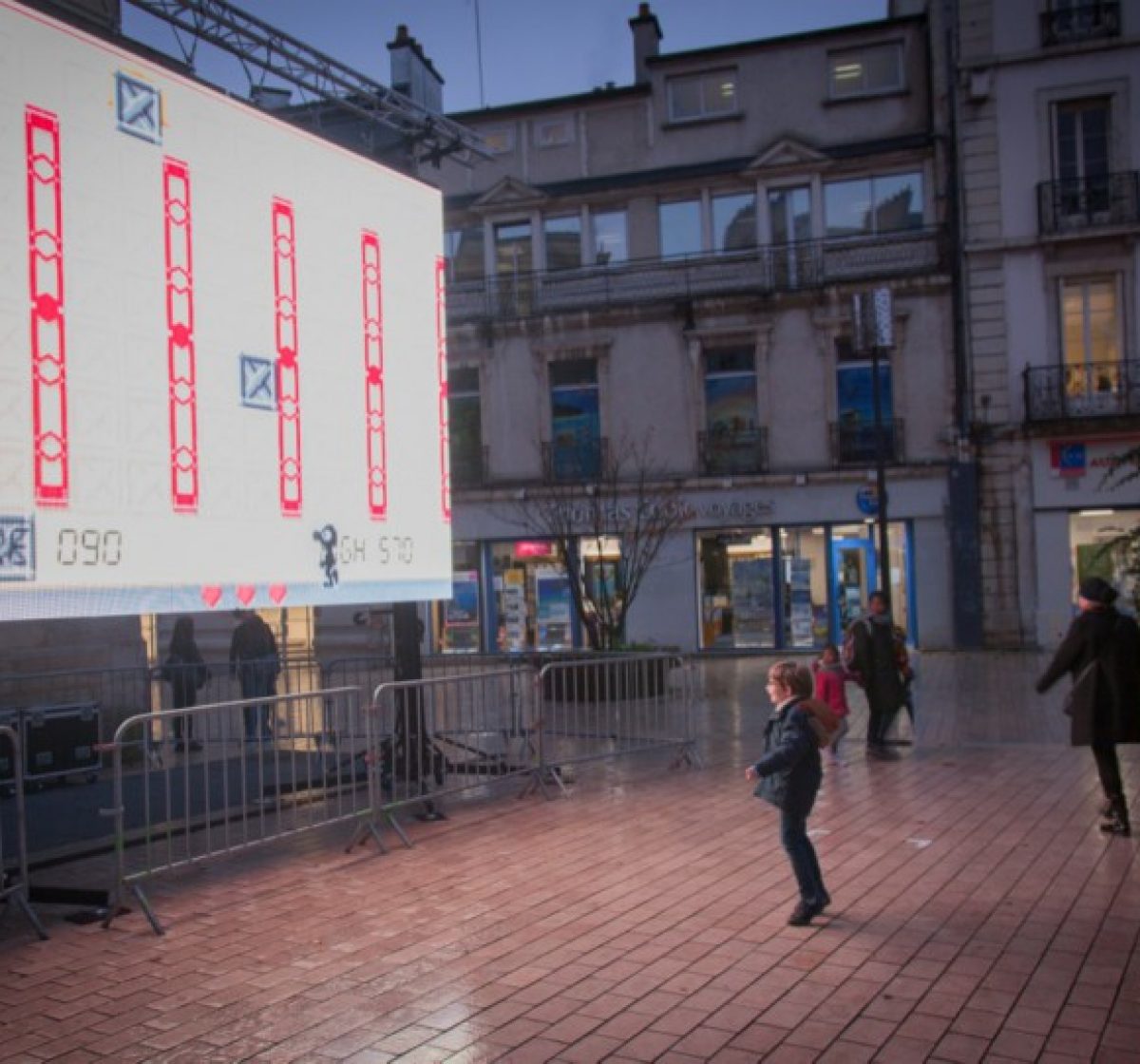 Suitable for: All ages

Game’n’Watch revisits old portable video games from the 80s. Instead of using buttons, the player controls the game by moving in the game area drawn on the floor. 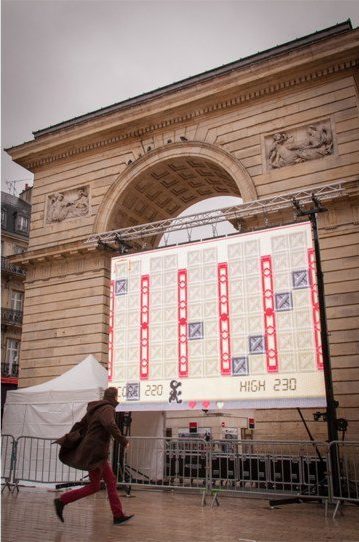 Players must run to catch the boxes, which start to fall increasingly quickly. Just like the original portable game brought video games into the novel spaces of daily life, Game’n’Watch imposes into the public space and large playground in a fun, athletic and minimalistic manner. The quirky and convivial spirit of the game contrasts with today’s universe of high-tech home consoles. 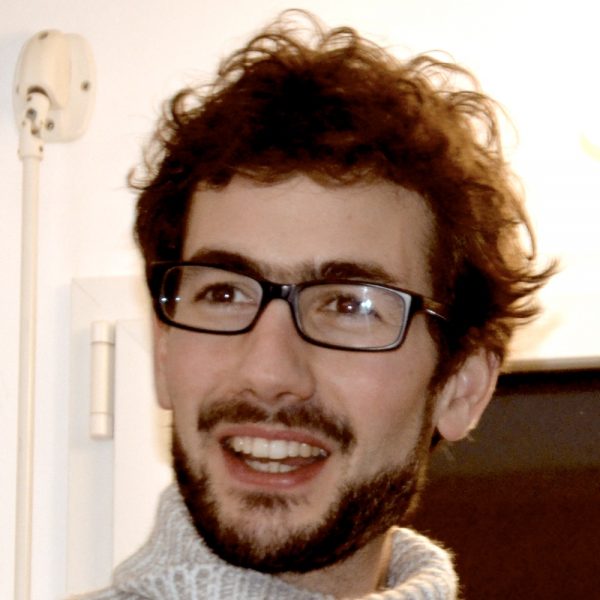 Arthur Masson started working as a motion designer and 3D artist during his studies in computer science for digital imaging. He discovered the power of algorithmics and mathematics, and reveals their magic through different graphic applications from which mysterious and unknown worlds emerge. His experiments illustrate the meaning of concepts and equations previously invisible or insignificant. It is only with the multitude of innovative and multidisciplinary projects developed with La Sophiste and Indiens Dans La Ville, that Arthur can really match his artistic sensitivity with his technical skills.

If you have sensory requirements, or find sound overwhelming, please join us for The Quiet Hour.

Discover incredible digital landscapes that change to your command in an immersive musical adventure through space and time.

The Playground Maker Table is open for you to take part in hands-on digital and creative making.

Never-Land-Sheffield is a fictional nowhere, imagined for this project. Its ambition is to ask young people what Europe will be like in 200 years.

With kind support from...